Bryant-Denny Stadium, a college football stadium in Tuscaloosa, Alabama, is the home stadium for the University of Alabama football team.

The stadium opened in 1929 and was originally named Denny Stadium, in honor of former Alabama president George Denny. However, the stadium’s name was amended to Bryant Denny Stadium in 1975 after the Alabama legislature chose to honor popular Alabama coach Paul “Bear” Bryant.

It currently has a seating capacity of 101,821, and is the second largest stadium in the SEC, and the fifth largest on-campus stadium in the nation. Alabama just completed a major renovation of Bryant-Denny Stadium in the summer of 2010 that added 10,000 new seats. 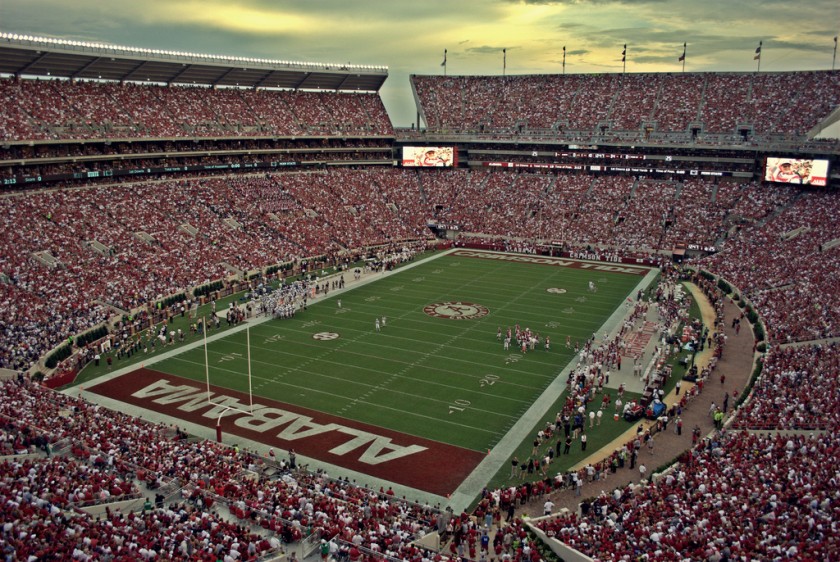 The Alabama football team beat Mississippi College 55-0 in the first game at Denny Stadium on September 28, 1929.

The 2009 season marked only the ninth season that the University of Alabama played its full home schedule in Tuscaloosa at Bryant-Denny Stadium, the Tide usually play one or two games in Birmingham’s Legion Field.

Members of the SEC